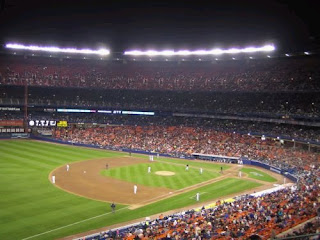 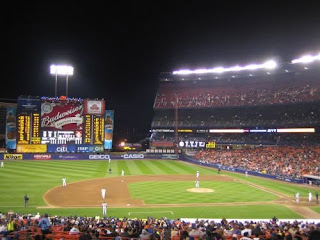 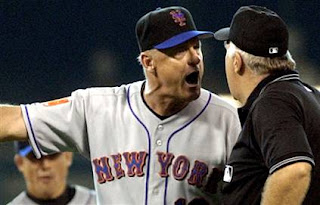 Ulti-Met Frustration
So I’ve got this little mini-series of a thing going here on frustrating losses and loyal reader Eric Orns contributed nicely to the cause, both with the title for this piece and the suggestion to look into one rather petrifying game…rest is here

Ulti-Met Frustration
So I’ve got this little mini-series of a thing going here on frustrating losses and loyal reader Eric Orns contributed nicely to the cause, both with the title for this piece and the suggestion to look into one rather petrifying game…rest is here 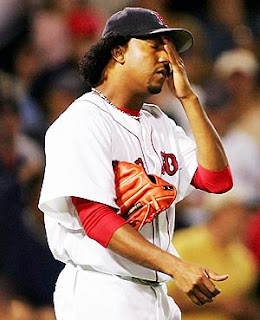 The Mets have this wonderful habit of getting stars from other teams. Vince Coleman, Bobby Bonilla, even Tom “Cylon” Glavine. I’m here to expose Pedro.

Pedro draws my wrath for several reasons including not being at Opening Day 2008. Apparently “Pedro being Pedro” has a flexible schedule, and also doesn’t require winning any clutch games.

In 2005, his first season as a Met, Martinez posted a 15-8 record with a 2.82 ERA, 208 strikeouts, and a league-leading 0.95 WHIP. It was his sixth league WHIP title, and the fifth time that he led the Major Leagues in the category. Opponents batted .204 against him. Great! They finished third with a whopping 83 wins! That’s three fewer than the legendary 1976 Mets that you can’t name five players on.

Beginning on June 6, Martinez went 4-7 with a 7.10 ERA in a series of spotty starts interrupted twice by stays on the disabled list. The Mets went to the playoffs without him.

Seaver Fan says The Mets have put a countdown tracker on the outfield wall, counting down the number of games remaining at Shea. Prior to each game, someone gets to pull down the previous day’s number to reveal the new number (it’s currently at 74). Last night, play-by-play radio man Howie Rose mentioned that as the numbers get down into the range that includes baseball uni numbers, the team will have former Mets players remove the numbers associated with their uniforms. In other words, Tom Seaver will probably get to pull down the 41, Jerry Koosman will no doubt pull down the 36, and so on.

So, the Mets being the Mets are sure to invite good ol’ #1, Lance Johnson, to join us on September 28th.