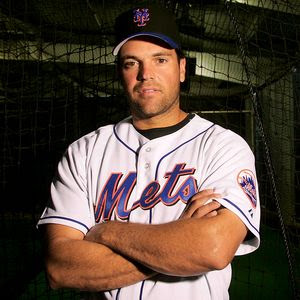 Wow I thought I was harsh with my “Mike Piazza is a Dodger” rap.
Among the gems on ESPN Page 2:
When it became apparent that he’d have to move from catcher to first base, Piazza’s behavior ranged from disingenuous to manipulative.
and
Quoting Piazza: I thought the DH could be a good thing for me later in my career,” he said, “but now I see that it’s bad for baseball, because the pitcher can throw at the batter with no fear of retaliation.” So what did he do after leaving the Mets? He shopped himself to American League teams with hopes of becoming a DH. None of them were interested, so he signed with the Padres, but then he went to the A’s, where he happily DH’d. Hypocrite.
and
Put an L.A. cap on him and let’s pretend New York never happened.
However, I think the observations about Mike’s relationship status are lame. Who cares dude.

The piece is here: http://sports.espn.go.com/espn/page2/story?page=lukas/080521&campaign=rsssrch&source=paul_lukas

Again I don’t want to steal other people’s hard work – this is from Newsday and Neil Best, but as Mazzilli Central I thought we should share.

“I had a problem with that article, because he felt that it was kind of off the record. I know what Willie was going through by just chatting with this writer. I feel that there’s an obligation for the journalist to ask that person if you really want to say this.

The entire piece is here 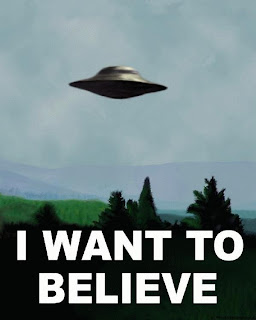 Clicked on V’s blog and I see this!
Miserable Week2008å¹´5æœˆ 21æ—¥ May 21, 2008
Important Information: The May and June issues of Bobby’s Way Newsletter have been cancelled.Sorry for any inconvenience. Thank you for reading Bobbyâ€™s Way newsletter!We hope you will keep checking the Bobbyâ€™s Way Blog and letâ€™s all keep cheering the Marines! We will resume the news letter in July with more exciting updates and a brand new Japanese web site for Big Fish Games. Together with Bobbyâ€™s Way and Big Fish Games we will be having some exciting events that you donâ€™t want to miss.Thank you!
Let’s all overanalyze why Bobby would cancel two months of his newsletter!
Look for yourself! http://www.bobbysway.jp/
The Truth is Out There!
(The Mets Police in no way believe the Bobby Valentine Returns To Mets rumor that The Mets Police are hereby starting.)
Please visit www.metspolice.com and help stop black uniforms.

Among the things the Atlanta Journal-Constitution wrote that will annoy you:
For 2 1/4 seasons the Mets have acted as if theyâ€™re the National Leagueâ€™s best team, but the cold truth is that they havenâ€™t been anything special since 2006. They fell to historic pieces last fall â€” 12 losses in their final 17 games â€” and this year, when they are supposed to prove that collapse was an epic fluke, theyâ€™ve proved only that theyâ€™re both overheated and undermanaged.
And here, not for the first or even the hundredth time, we see why the Braves remain the gold standard of communal harmony. They donâ€™t throw 25 players together without consideration for compatibility. (Remember when Sports Illustrated hailed Mets GM Omar Minaya as a â€œMixmasterâ€?) The manager never creates problems; he defuses them. And if thereâ€™s one thing Iâ€™ve learned in 30 years of hanging around clubhouses, itâ€™s that mood absolutely matters.
Here ya go: 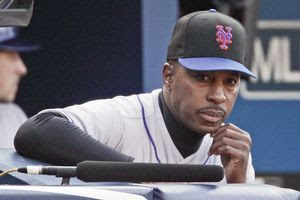 ESPN reports:
Randolph tried to reach out to the Mets’ owners Wednesday, getting no response before he publicly apologized for the comments he made recently suggesting he was portrayed in a different manner than white managers.
When asked why Mets ownership didn’t return Randolph’s calls, Jay Horwitz, the team’s media relations vice president, told 1050 ESPN Radio’s Andrew Marchand on Thursday that “Omar Minaya returned the call on behalf of Mets’ ownership.”
Randolph and Mets Chief Operating Officer Jeff Wilpon usually speak often, which seems to make the Wilpons’ decision not to return Randolph’s call telling. Wilpon declined to comment Thursday when contacted by 1050 ESPN Radio.
I smell a press conference on Tuesday.
Please visit www.metspolice.com and help stop black uniforms.