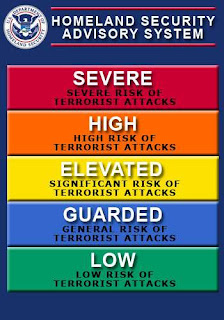 Attention Joe Girardi. Losing three of four to the Rays, hometown of The Boss, and then getting swept by the Mets is likely to result in an attack from Hank.

Welcome to the Bronx, this is your first “must win” game.

Who’s the manager in waiting in the Bronx these days?

There’s one topic with the Mets that you can never bring up or you risk people avoiding eye contact with you and hanging up on your first time long time call.

It comes up today in an article in the Times. I shall excerpt and you can read and we’ll never discuss. By the way, Willie looks awfully happy in Yankee Stadium with Yankee logos nearby. It’s almost as if he’s a Yankee at heart. Maybe he just loves Mastercard.

On to the scary subject nobody is allowed to discuss:

That said, neither Randolph nor his boss, General Manager Omar Minaya, should dismiss rumblings that occasionally surface about divisions in their clubhouse between white and Latino players, even if it may be at times news media-enhanced. Around these parts, the dreaded perception can intrude on reality.

â€œNow these fans have the perception that Iâ€™m some racist bigot,â€ Wagner said, which, no question, happened to be a very good quotation.

The Mets should have confronted this vexing situation a long time ago, when the buzz began that Minaya was intent on assembling an all-Latino team after reeling in Pedro MartÃ­nez, BeltrÃ¡n and Delgado. It was small-minded chatter then, but the notion dating back to last season that the Metsâ€™ Latino players are indifferent to the teamâ€™s collective failures smacks of ugly stereotyping.

I will say that I disagree with the whole notion that indifference is related to the geographic origin of your ancestors. Omar did seem to be working on a specific marketing plan in 2005, but he also seems interested in getting good players…which is a vast improvement over Bobby V’s obsession with Shinjo and “The Japanese Greg Maddux.”

Attention Joe Girardi. Losing three of four to the Rays, hometown of The Boss, and then getting swept by the Mets is likely to result in an attack from Hank.

Welcome to the Bronx, this is your first “must win” game.

Who’s the manager in waiting in the Bronx these days? 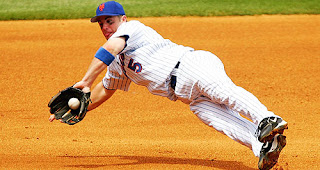 The Captain took a big step yesterday in accepting his destiny as The Captain.
Sounds like Wright was the one who spoke up in the meeting yesterday.
“I feel like, hopefully being one of the young cornerstones here, slowly but surely I need to be more of a leader,” Wright said in a private moment at his locker before the team meeting. “I feel more and more comfortable each year. But in this game, you have to earn your stripes. You can’t come in as a rookie and start yelling and screaming at people.”
Dan Graziano in the Ledger:
http://www.nj.com/mets/index.ssf/2008/05/mets_search_lands_wright_man_f.html
Please visit www.metspolice.com and help stop black uniforms. Another blog weighs in:

After Billy Wagner’s explosion in the locker room, the notion that Randolph has lost control of his team was finally nailed shut into it’s coffin. He does not inspire the team, he does not wrangle the team. He does nothing, and hopes the team does it’s job.