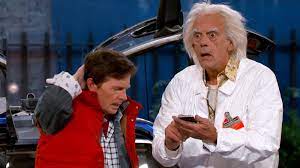 So, uh, Doc….you say you visited 2023.  How many more World Series have the Mets won? Probably a lot!

None Marty.  None at all.

None at all?  But what about Gooden?  He must have easily won 300 games, right?  How did they not win with him on the mound all those years?  Did he get hurt or something?

That’s crazy, Doc.  What about Darryl Strawberry?  He must have hit like 500 home runs!

Strawberry left for Los Angeles as soon as he could.   He only hit 335 home runs, but he did win two World Series with the Yankees!

Gooden was a Yankee too!  He threw a no-hitter for them!

Come on Doc.  A no-hitter? You’re killing me.  Did ANYONE ever throw a no-hitter for the Mets?

Yes!!! A man named Santana.  He was VERY good.  But they let him throw too many pitches and it ruined his career.  But we did get cool t-shirts!

Was he a home grown player?

No.  We haven’t had too many of these.  There was one guy, but he left for Miami as soon as he could…and the other one, he was really good for a while, the team Captain, but…well… he had spinal stenosis and things didn’t work out.

You’re telling me that it’s been 35 years and they didn’t win anything and they barely have any home grown stars?

There was a pitcher!  Long flowing hair!  Two Cy Youngs!  But he went to Texas as soon as he could leave.  And they did win two pennants between now and 2023!

Well that’s good.  At least they made the World Series. Who did they lose to?

The Yankees.  And it happened at Shea.  Then there was a second pennant but they lost that one to the Royals…. people stopped talking about that one after a few years.  There was a kid on that Mets team they called The Next Seaver

The Next Seaver? He must have been really good!

What happened to the actual Seaver?  Did he ever get his statue?

He died during the pandemic…

Oh yeah Marty, there was a world wide pandemic and everything shut down, you couldn’t even leave your house.  Unfortunately, Tom passed away before the Wilpons put up the statue.

Doc, did ANYTHING good happen before 2023.

No, Marty, not really. 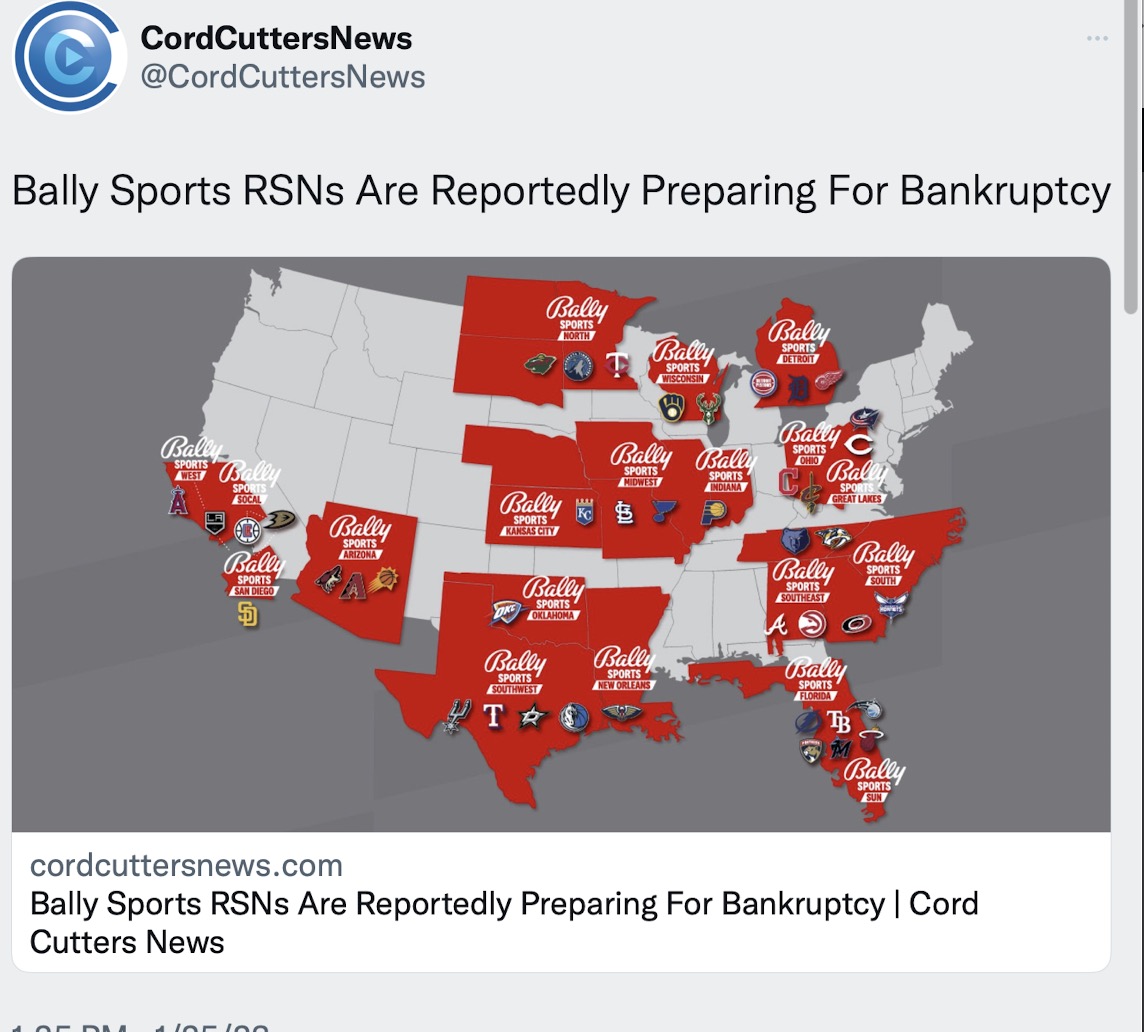 Today it is being reported that Sincalir’s Sports Channels are preparing for bankruptcy. This would include the Bally Sports RSNs.

Sinclair will likely seek to end some contracts with teams and cut back on payments to others.

Now let’s take a look at the pretty map.  I see a lot of baseball team logos on there,

What’s going to happen when the baseball teams either do’t get paid, or get paid a fraction of the original deal?  Say you owe Carlos Correa $200,000,000.  What then?

What happens if the RSN decides to broadcast the cheapest version of the game?

Maybe you try and get out of the contract with the RSN….and take your rights, where exactly?  Everywhere else isn’t New York where you might have options.

If you DID have an option how much would the new option pay you?

And sure maybe someone starts a local Baseball Streaming Thing, the price of which seems to be around $20.  YOU might give the baseball team $20 a month, but how many people will?  I would not pay for MetsVision right now, no matter how many people Steve signs – weekend games are useless to me, as are the weekday day games….and I barely watched last season even though they won 101 games (modern baseball is quite boring.)

And once again, the baseball team’s revenue has gone down.  Also remember that someone has to actually produce these games for BaseballStreamingVision

This is about to get VERY interesting as teams possible maybe perhaps don’t have the income they planned on. 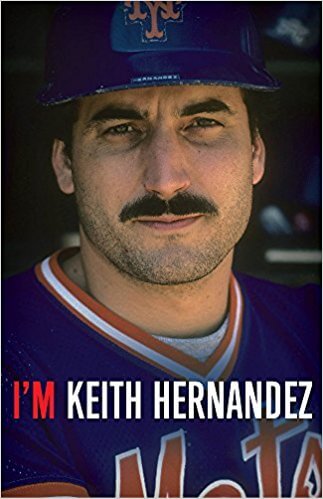 …but this set me off 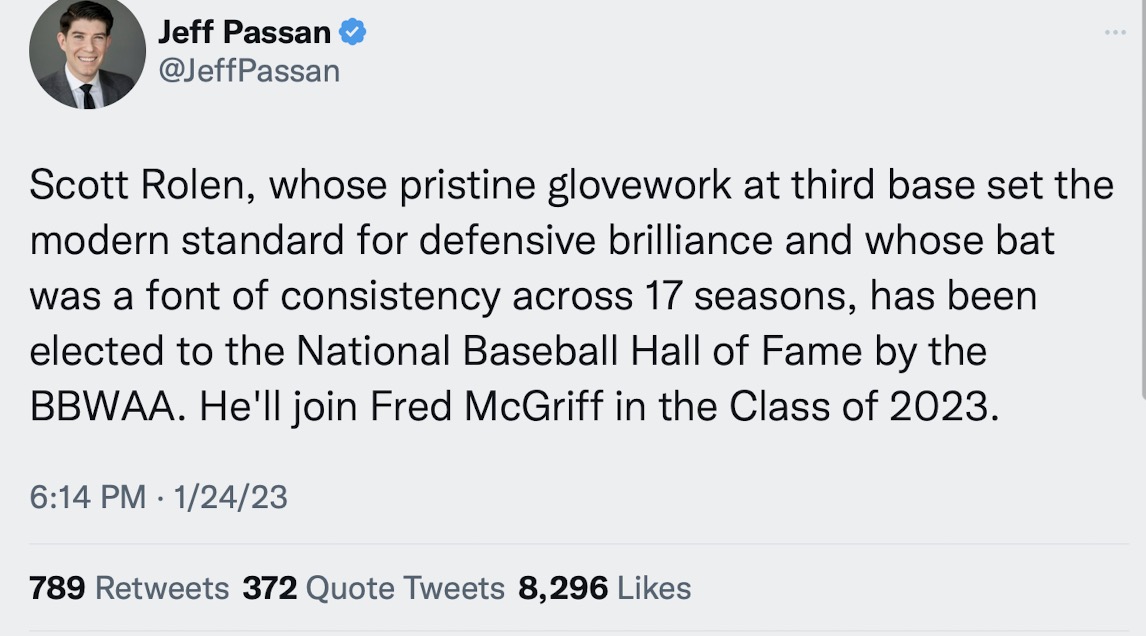 “….whose pristing glovework at third base set the modern standard for defensive brilliance….”

Ladies and gentlemen, let me introduce you to Keith Hernandez.

11 consecutive Gold Gloves.  (Rolen won 8).   Keith Hernandez showed us fans things at first base that we didn’t even know first basemen could do.  Things that hadn’t occurred to us.  Until then it was a position played by a big immobile person who could maybe catch a ball but we wanted him to bat.

Did anyone mention Rolen’s defense until yesterday?

Can you tell the history of baseball without mentioning Rolen?

If Rolen is in, I don’t see how or why Keith Hernandez isn’t. 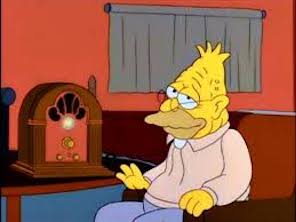 The Post is suggesting Keith Raad is the front-runner to replace Wayne on the Mets radio booth.

That’s pretty cool because it’s someone who HAS DONE THE WORK and is FROM WITHIN THE ORGANIZATION and I think IS NOT THE SON OF SOMEONE FAMOUS.   Like a good old fashioned merit hire.  Plus he calls a good game.

Of course radio is dead to me because of the WOR wah-wah noise making the games unlistenable, and then the 4 seasons I begged the MLB App to fix the EXTREMELY LOUD COMMERCIALS but neither WOR nor MLBAM cared about either, so I got out of the habit of listening to games and it turned out I didn’t miss it AT ALL.   But hey you reap what you sow.  Great job as always baseball.

Congrats Keith.  Would you mind changing your first name? This could get very confusing. 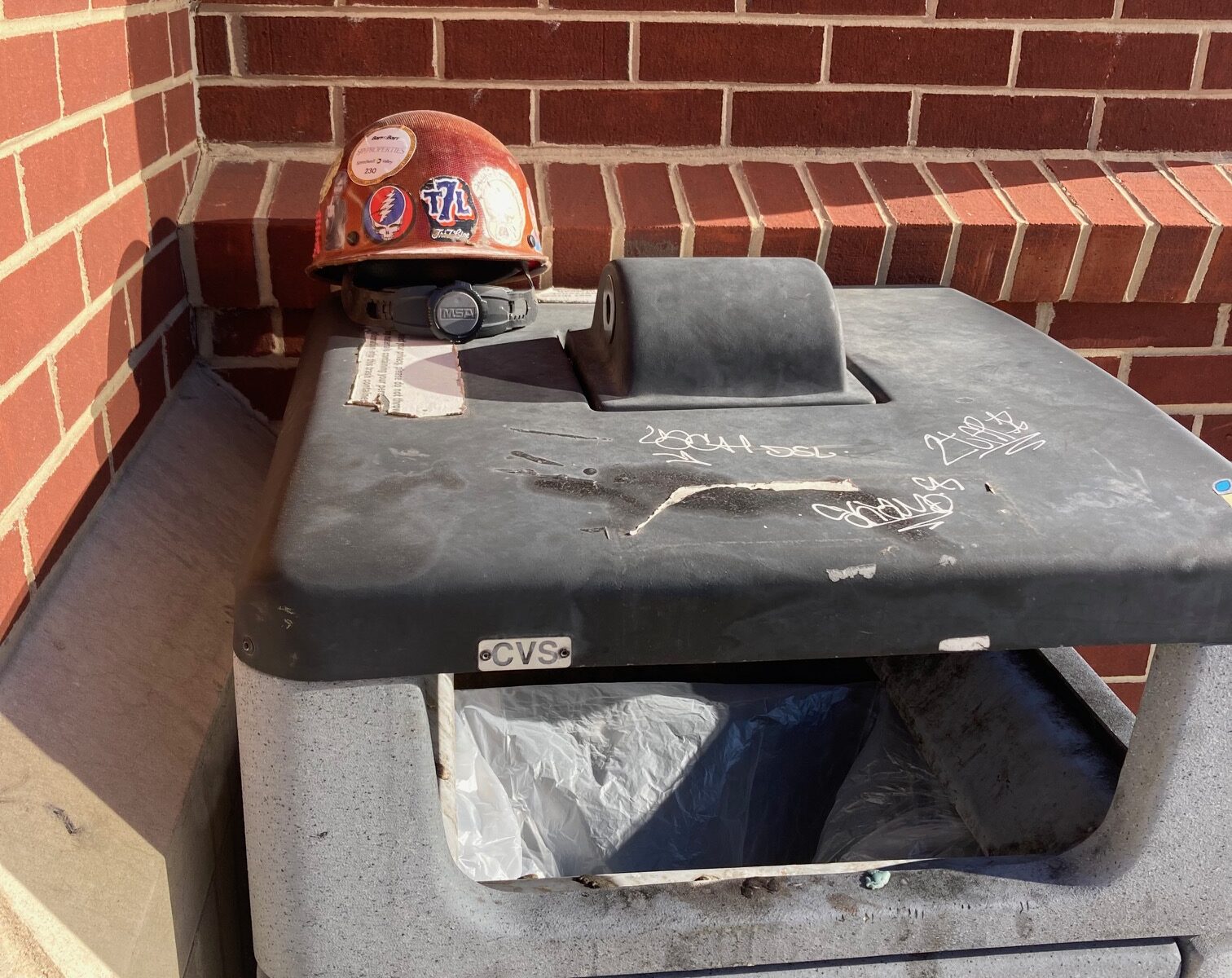 I spotted this one out in the wild today. I wonder what the backstory is.

Maybe this fan is just still upset that the Six Padres Fans ran the Army out of the building (although to be fair, it was cold, and they had to work the next day, and anyway the buzz was off after the Braves won the division but hey they are USUALLY loyal to the last out, just not in elimination playoff games.  That’s weird.) 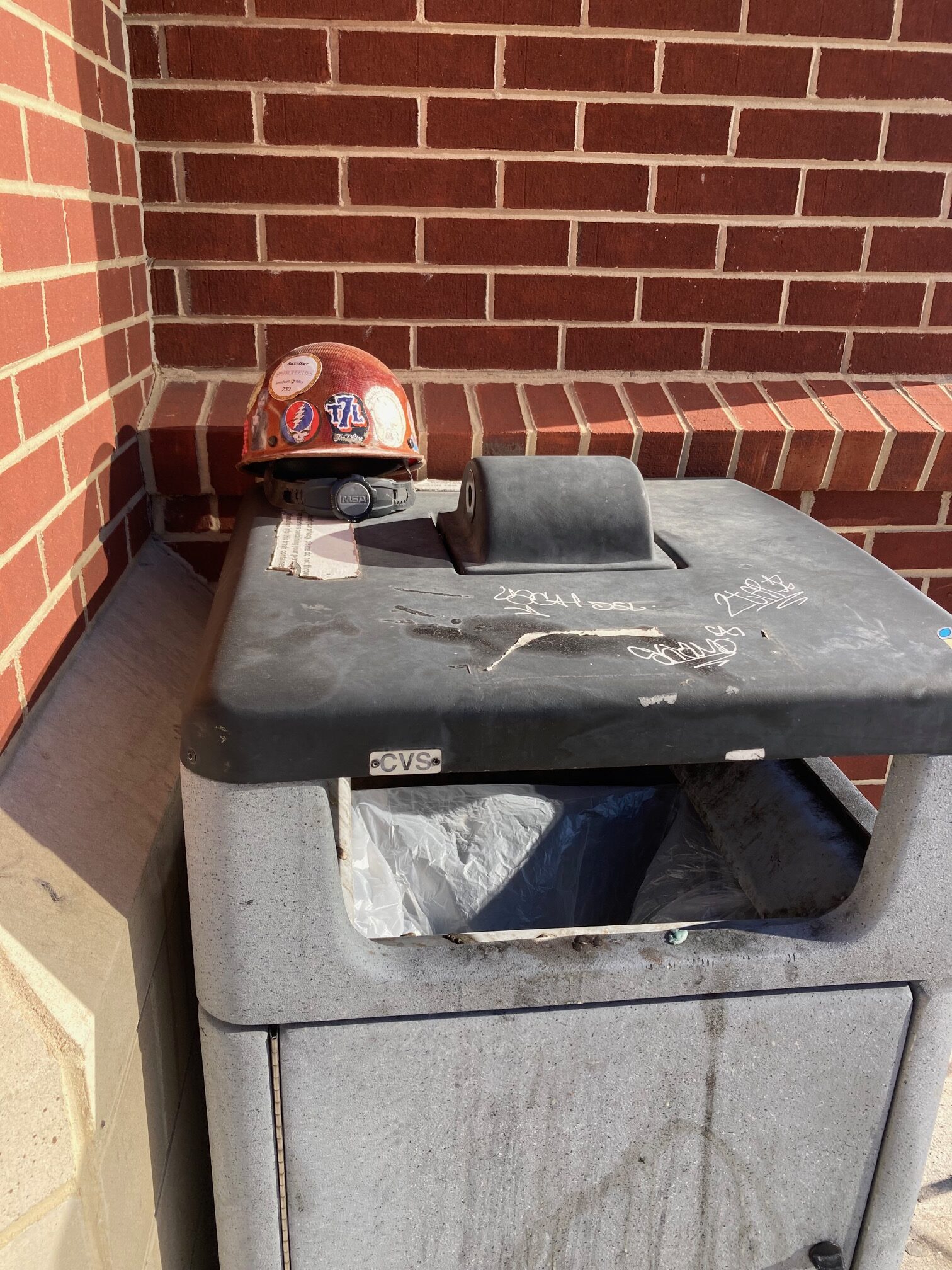