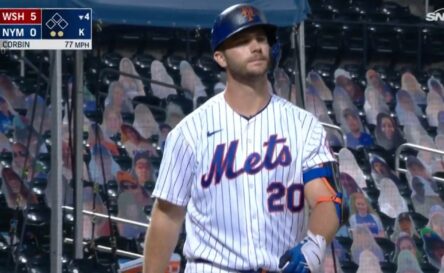 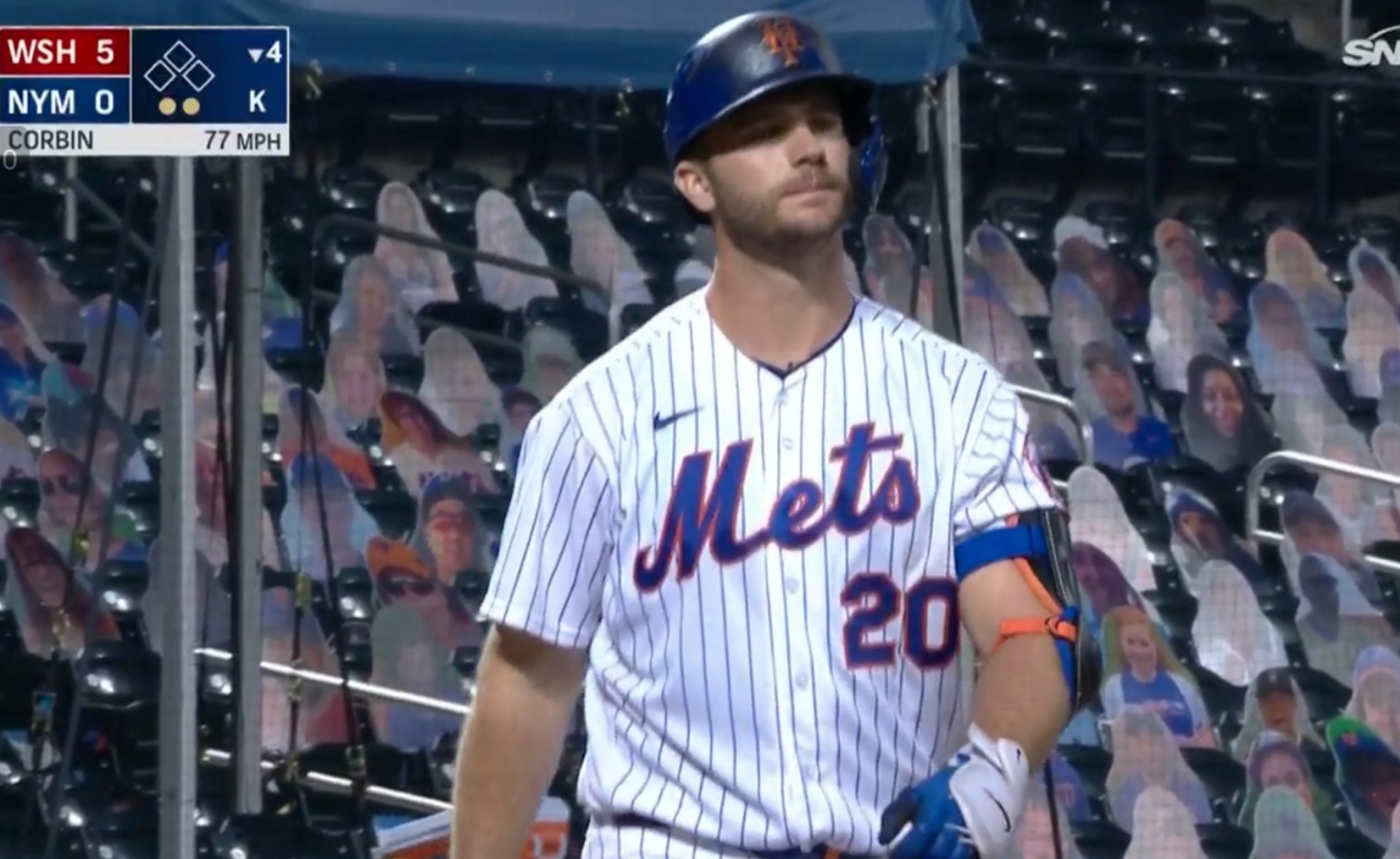 Player A is better defensively.   Player A is Dom Smith.  Player A should be the Mets’ every day first baseman.

Now some of you will want me to multiply Player B’s numbers by 2.7x because the short season didn’t count or something.   16 HRs times 2.7 is 43.

But I thought only stupid old people like me look at the traditional numbers and we’re all about Advanced Stats like OPS and WAR?

I will remind you that three of Player B’s HRS came the final weekend after the Mets were eliminated from making an eight team playoff.  Let’s take those off and multiply 13 by 2.7 just for laughs.   That’s 35.  Not bad.

Right now the plan is for MLB to have five teams make the playoffs as in 2019, and for there not to be a DH.

A smart baseball team would play their best lineup – and the best lineup has Dom Smith at first base.  Better bat, better glove.

If you guys want to admit that both WAR and OPS are stupid, hey I will be first to agree with you, but apparently your new ways are better – just like Dom Smith is better at baseball than Pete Alonso.

I’m also old-school and I like to use one more stat.  I call it EYES.  EYES is when I watch the actual games.  Had there been fans in the stands last summer, Pete would have been booed out of Citi Field.  The opponents figured out that they can throw low and outside and Pete will swing at it.  And miss. 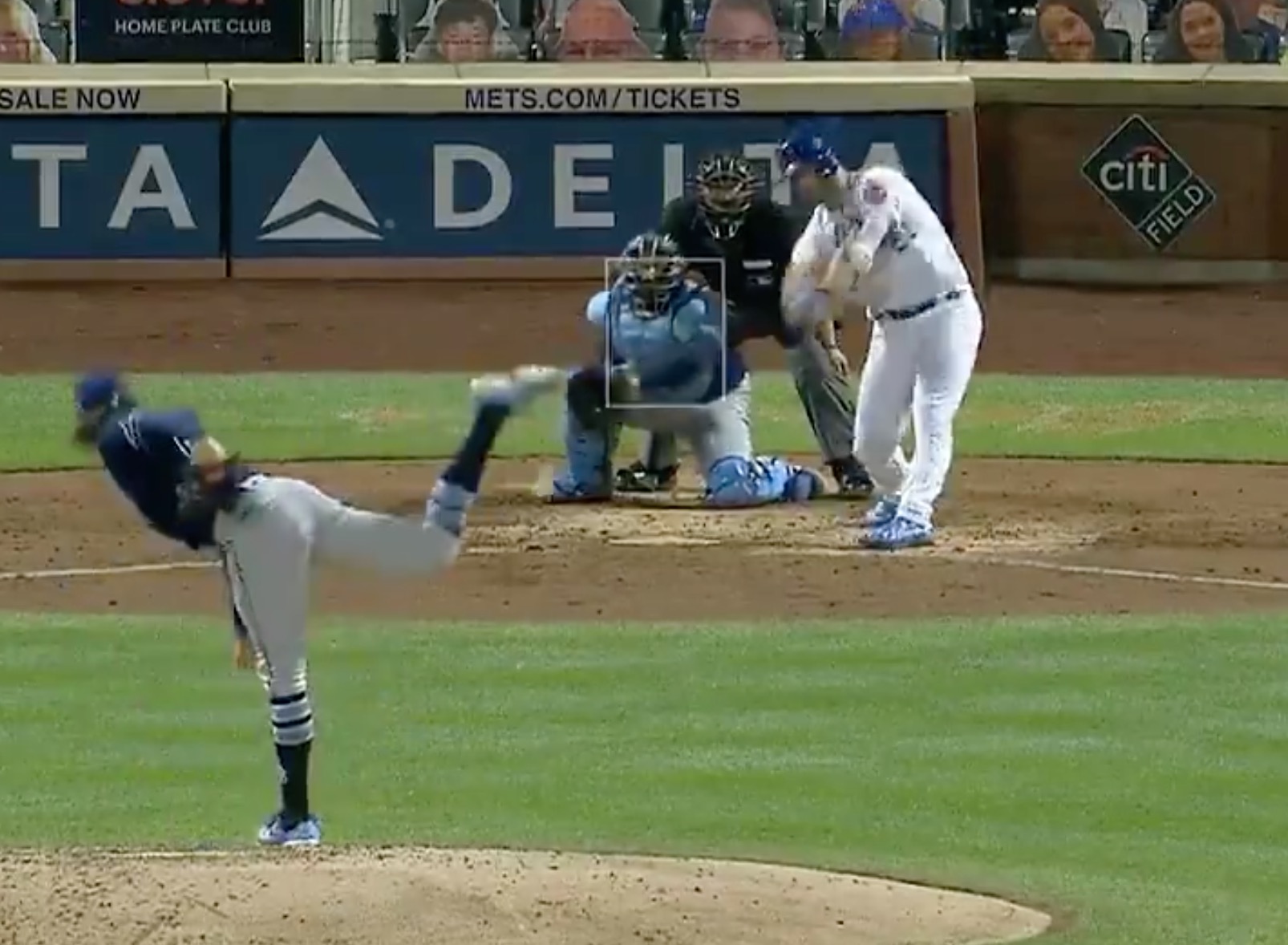 So if you’re going to play Dom at first because it’s silly to either weaken your defense or to bench your best hitter – that leaves Pete with nowhere to play.

I get that Pete is a sexy player.  Let some other team’s GM fall in love with the 50 HR fantasy and send us some parts.  I am not a GM, and if I were a GM Sandy would be telling me what to do anyway – so I don’t know specifically what to get back.  Are there pieces missing at the MLB level?  Reload the farm system?  A mix of both?   That’s up to Sandy, I mean totally in charge General Manager Jared Porter who is totally the General Manager and decides stuff. 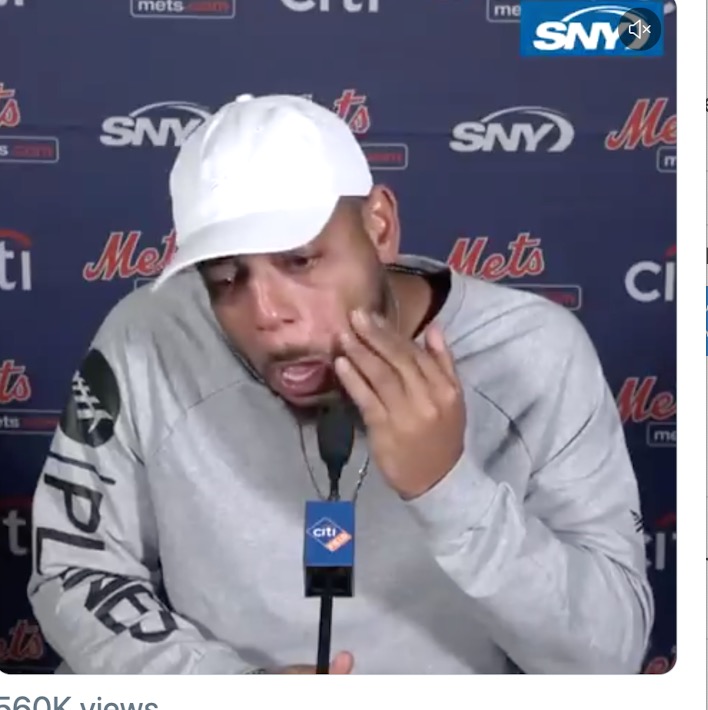 Somewhere along the way the media started a notion that Pete should be team captain.  Why?  Because he takes his shirt off when talking to Gelbs?

How about Dom Smith leading the team through the BLM movement and being at the forefront of the press surrounding the decision to walk off the field.  THAT’S a Captain if there is one (and there shouldn’t be one right now.  tap the brakes.)

Finally, I will leave you with this.  In the history of baseball, 8 players have hit 50 HRs twice.

List A includes Sammy Sosa, Mark McGwire, and Alex Rodriguez,  Think about what they have in common.

Do you believe Pete is Ralph Kiner good?   Mickey Mantle good?  Or, hear me out, has he already had his best season and has no position on this team.

Your better fielding 1Bman with the .993 OPS awaits.

Now if there IS a DH, which there is not, sure, let Pete bat low in this stacked lineup and he can hit a HR every 5 or 6 days.  He’s a perfect DH and he can even let Dom rest on Sunday.  That plan makes sense.  To play a lesser lineup in a no DH league does not.

I look forward to hearing from everyone on twitter today.  I’m @metspolice.  I will also be @metspolice come summer when you’re all booing Pete out of the stadium.  See you then.